Nominations are now open for the 2012 Fan Fund of Australia and New Zealand (FFANZ). FFANZ in 2012 will send one Australian science fiction fan from Australia to the 2012 New Zealand Natcon, unCONventional, in Auckland from 1-4 June.

Prospective candidates will have until March 1st 2012 to file the documents required to have one’s name placed in nomination and added to the ballot. The ballots will be published and distributed in early March, and voting will run from March 12-April 9th.

Candidates should file the following documents:

• A brief letter stating one’s intent to run for FFANZ 2012.
• A nominator and a seconder, preferably a nominator from Australia and a seconder from New Zealand.
• A 100 word or less platform statement specifying the candidate’s reasons for running and qualifications for becoming the 2012 FFANZ delegate.

The duties of the winning candidate will be as follows:

• Travel to New Zealand and attend unCONventional, the 33rd New Zealand Natcon, in Auckland from 1-4 June 2012 .
• Visit and get to know as many New Zealand Science Fiction fans as time will permit.
• Become the Australian FFANZ administrator until a replacement administrator is found, normally this happens when the administrator role is handed over to the succeeding eastbound delegate (in 2014 if a race is run every year).
• Raise funds and maintain an account to be used by the next eastbound delegate(s) in 2012.
• Promote connections between Australian and New Zealand fandom by a trip report or other means.

Please feel free to distribute this message to your fannish networks.

Am taking them to the second hand store on Sunday, so let me know if you want anything.

I've been decluttering and have removed a heap of books which I would like to sell for DUFF, preferably now. I really want these boxes of stuff out of my house.

You can pick them up from my place or else pay extra for postage.

Paul Darrow, You’re HIm, Aren’t You? (autobiography of the actor who played Avon) - hardback bought new
TH White, The Bestiary: A Book of Beasts (by the author of The Once and Future King) - second hand
David Langford, Up Through an Empty House of Stars: Reviews and Essays 1980-2002 - bought new
Helen Carr, From My Guy to Sci Fi: Genre and Women’s Writing in the Postmodern World - bought new
Margaret Wertheim, The Pearly Gates of Cyberspace: A History of Space from Dante to the Internet - bought new
Muriel Whitaker, The Legends of King Arthur in Art - paperback, slightly damanged

Stephen Jay Gould, The Hedgehog, the Fox and the Magister’s Pox: Mending the Gap between Science and the Humanities - bought new

Damien Broderick, The Architecture of Babel: Discourses of Literature and Science - bought new

Stephen Jay Gould, Rocks of Ages: Science and Religion in the Fullness of Life - hard back bought new

I am pleased to announce that the winner of the 2011 DUFF race is Dave Cake.

This year we had a healthy number of votes - a total of 148 (with 39 from North America and the rest from Australasia).

For those who like the nitty gritty these are the first preferences:

John Herz did a great job of advertising in North America and we got a reasonable lot of votes from North America for an off-year.

Congratulations to both candidates for running such a good race.

Duff votes have begun to come in.... As an inducement to vote, I will post this to the tenth vote to reach me from now. 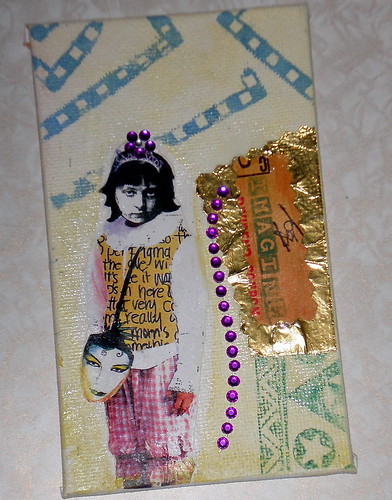 (Or, you know, you can tactfully say no thanks!).

I am pleased to announce the DUFF race for 2011 between Paula McGrath and Dave Cake.

Hmmmm, the ballot looks a bit wonky like this. Best to ask me for a PDF.

The winner of NAFF 2011 is Rachel Holkner! Congratulations to her and thanks to all those who voted. Rachel will see you all at Swancon Thirty Six | Natcon Fifty .

NAFF voting closes today. We rely on voting as one of major fund raising activities, so would love to receive more votes.

See the form at:

Remember that you have til the end of the month to nominate.
Collapse